My tent had kept me safe and dry while being blasted with brute winds in the night, it was a good notion to have placed some larger rocks around the pegs to keep them from coming loose. The little Hilleberg Akto had done it again, it’s still a trusty companion for my solo travels!

Leaving Jökulsárlon left me with a bit of a tear in my eye, though what I didn’t know then was that I’d return twice to this magical place.

To be honest, the road from Jökulsárlon to Höfn is really not that interesting for a cyclist, especially in wet weather. Did write three lines in my diary that night; though could have also been due to a long conversation at the Höfn campsite that night with an Australian bloke.

As in every solo trip I seem to have there are moments that you encounter some moments where your motivation is down; the day from Höfn to Hamarsfjorður was one of those days. Could have been the cold and wet Icelandic weather, or the constant battle against the headwind; my spirits were lifted a bit when I reached a campsite after 95km. A good meal that night and a place to sit away from the weather, provided by the clubhouse of the local golf club, where enough for me to appreciate the surroundings again. Another benefit was the fact that I could hang out my wet clothing to dry over night 🙂

The Eastfjords are for a cyclist not a particular easy place to ride, quite a lot of small & steep climbs in the roads. Though it is quite noticeable that this part of the country has a lower count of visitors, as the roads at times where pretty quiet. From another cyclist I heard that the north-east of Iceland can be even more quiet; he had a record of not seeing a car for almost a full hour.

But not only in the amount of cars passing, also the road conditions in the Eastfjords of Iceland can be worse. The main road leading up to Öxipass wasn’t paved, yet more a tightly packed gravel road. This wasn’t the easiest of riding, yet I should tell that the F208 near Landmannalaugar was harder to ride.

Initially I had planned to climb Öxipass, but due to the weather conditions at the top of the pass I decided against it. It looked really cold in the cloud cover, and I had to battle a headwind going up; so continued along the coast. Made my way through a couple small villages and eventually, after a gruelling pass, arrived in Egilstaðir.

From here I followed suit with my plan to head back west by bus; first a bus from Egilstaðir to Höfn, and the next day a bus from Höfn to Vík. There were a couple surprises along the way, when I arrived again in Höfn I was told that that night a fireworks show would be held at Jökulsárlon (the glacier lagoon). Of course I wouldn’t want to miss that, however I would not be able to bike there from here .. would take me at least a day. Fortunately there was a bus service for a few hundred kroner, and I must say the fireworks were spectacular!! The mountain rescue services were going round close to the ice blocks in small zodiacs and place and light the fireworks by hand, no elaborate wiring here ;).

Second surprise that the following morning the bus to Vík also stopped at Jökulsárlon for a full hour, allowing for a cup of hot chocolate and a walk along the shore. The hour soon passed and we continued (yeah, a bus contains more than one person) towards Skaftafell, where I had to say goodbye to a couple new friends.

When the bus arrived in Vík it was time to get out, and nearly got blown over due to the strong wind. Would I be able to cycle in that tomorrow? 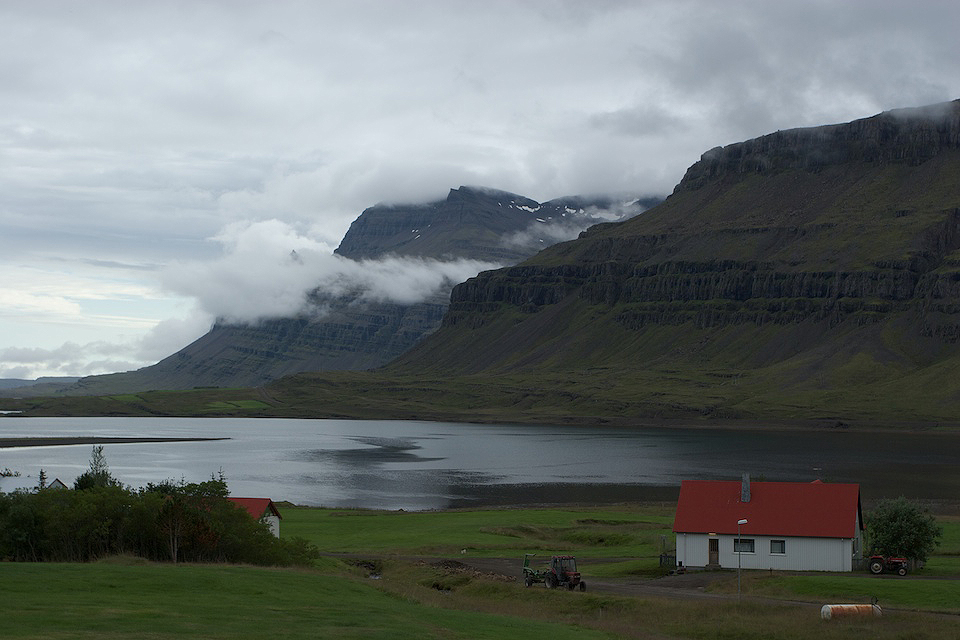 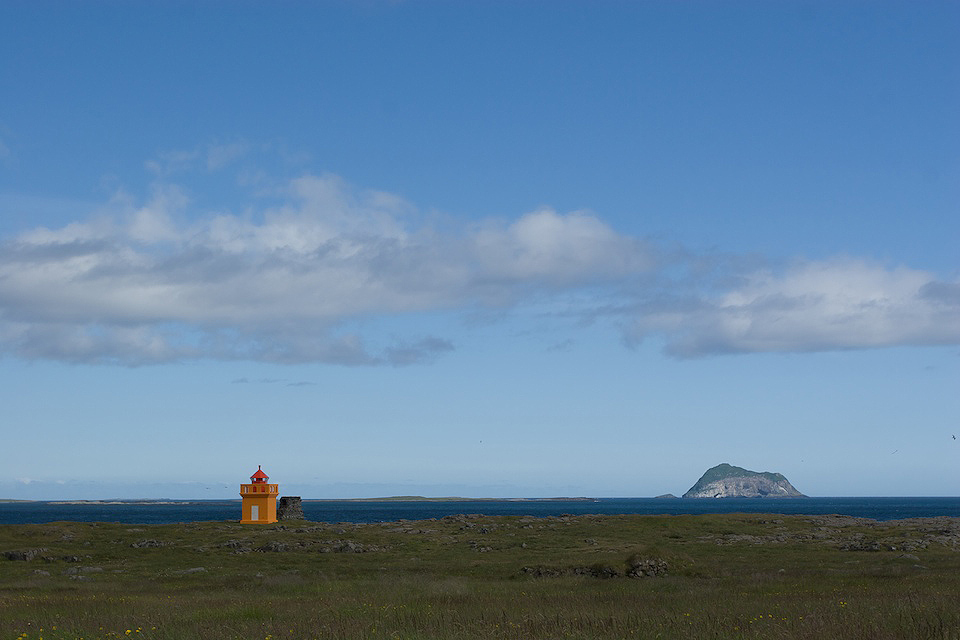 Tiny lighthouse in the Eastfjords 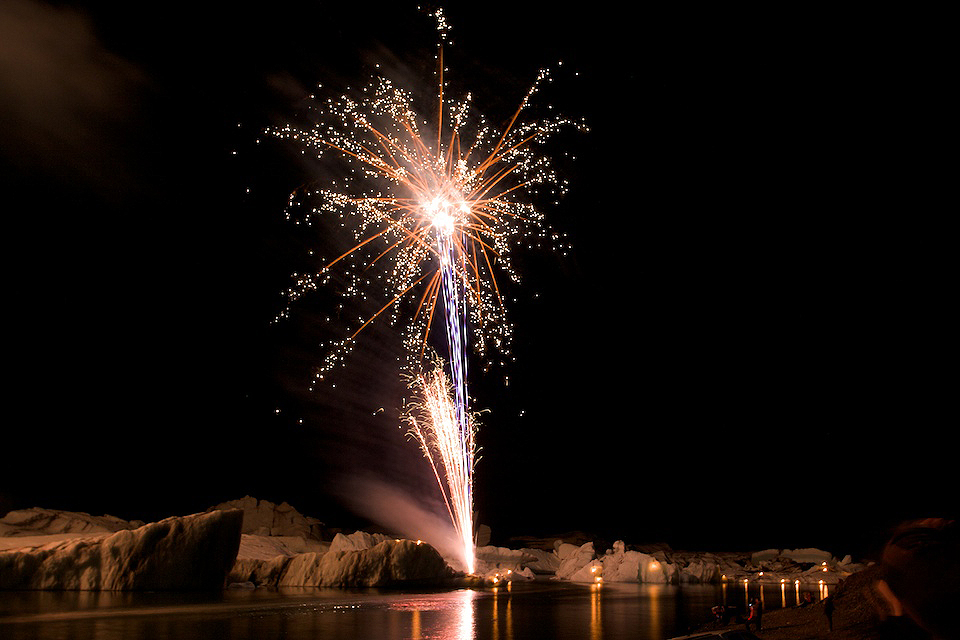 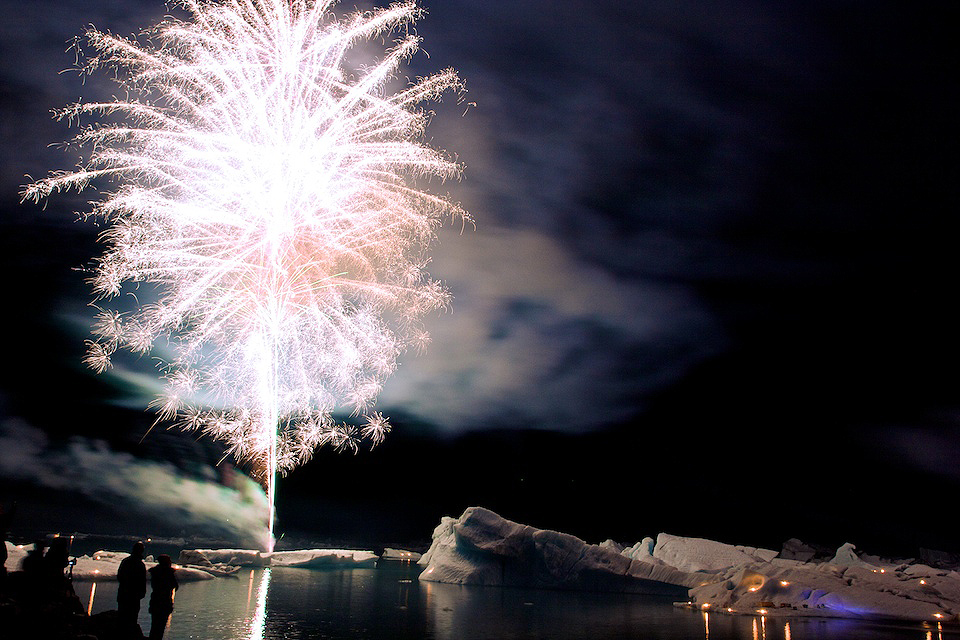 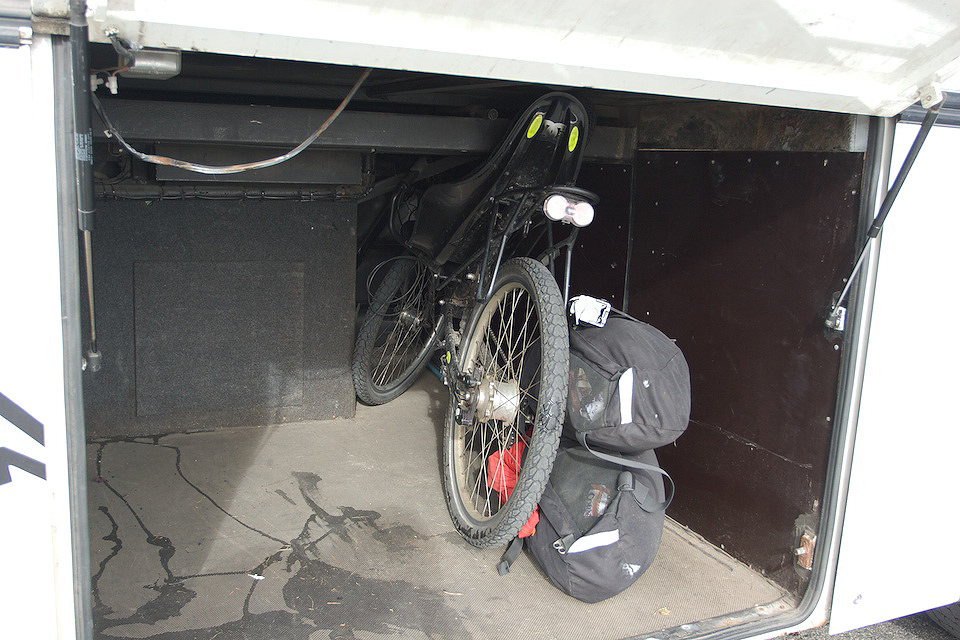 My bike in a bus 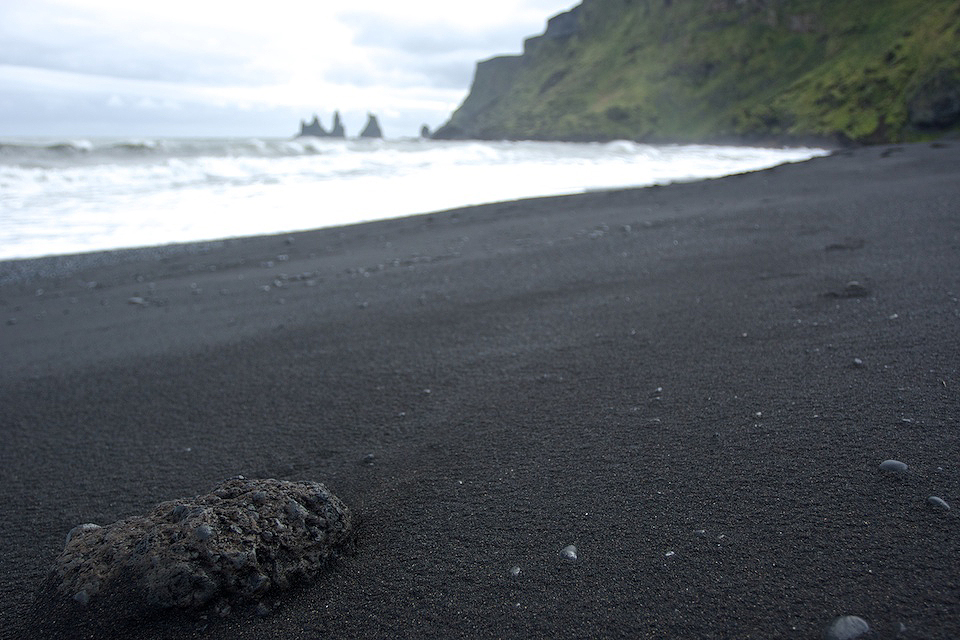 Black beaches near Vík, Reynisdrangar in the distance